The New Jersey Pinelands cover almost a million acres in the middle of New Jersey. A million acres? That’s big. It’s bigger than the whole state of Rhode Island. Most people are surprised to learn that the Pinelands are less than a day’s drive from large cities like New York and Philadelphia.

The Pinelands are made up of towns and farms, state forests, and wildlife protection areas. Many different kinds of plants and animals live in the wilderness of pine forests, swamps, and bogs. Some of them, like the Pine Barrens Treefrog, are “endangered,” which means that unless they live in a place where they are protected, they could all die.

The first settlers trudged through the dark forests and lost their way in the trackless swamps and marshes. They didn’t get a very good impression of this wilderness. 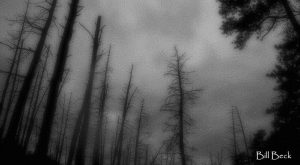 The name most commonly used for the New Jersey Pinelands is the Pine Barrens. The word “barren” means “not useful or productive.” The pioneering farmers took one look at the sandy soil and all those pine trees, and they shook their heads. They called it “barren” and turned away to farm other parts of New Jersey. Perhaps they thought it wasn’t useful land because they needed rich soil to grow their crops. 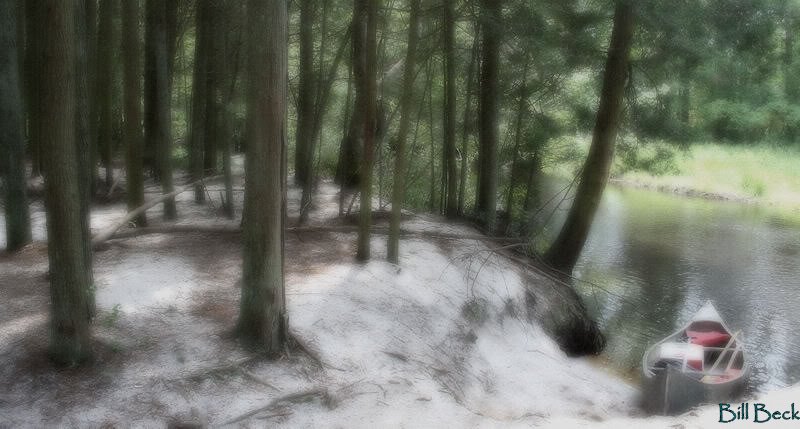 In 1978 and 1979, federal and state regulations were passed to protect the Pinelands, and for good reason. The Pinelands’ soil and water, its plants, its trees, and its wildlife, are a unique and valuable resource.

Today, many people appreciate the rich diversity of the Pine Barrens. Scientists study its rare plants, such as the sundew and the pitcher plant.

For more information, check out these sites 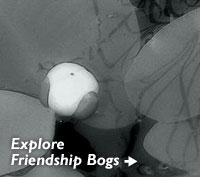 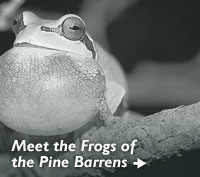 Kayakers and canoeists float its sparkling, tea-colored rivers and lakes.

Modern-day explorers investigate the ruins of deserted towns and factories.

Photographers, writers, and artists take note of its remarkable beauty.